Abstract Expression is to take the random and give it shape.

Born in Vancouver, BC, Canada 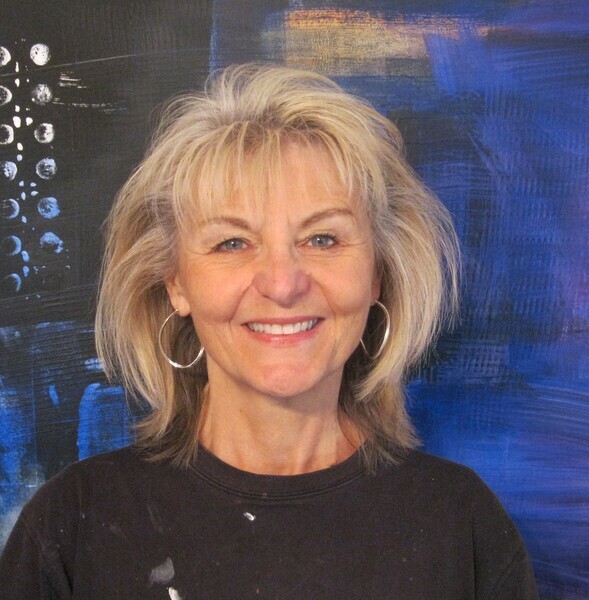 Visual Art is a celebration of our power to create.  It is a

glorious expression of our unique relationship to the world.  Creating

connects us to who we are.  We are not all visual

artists but we are all creators. 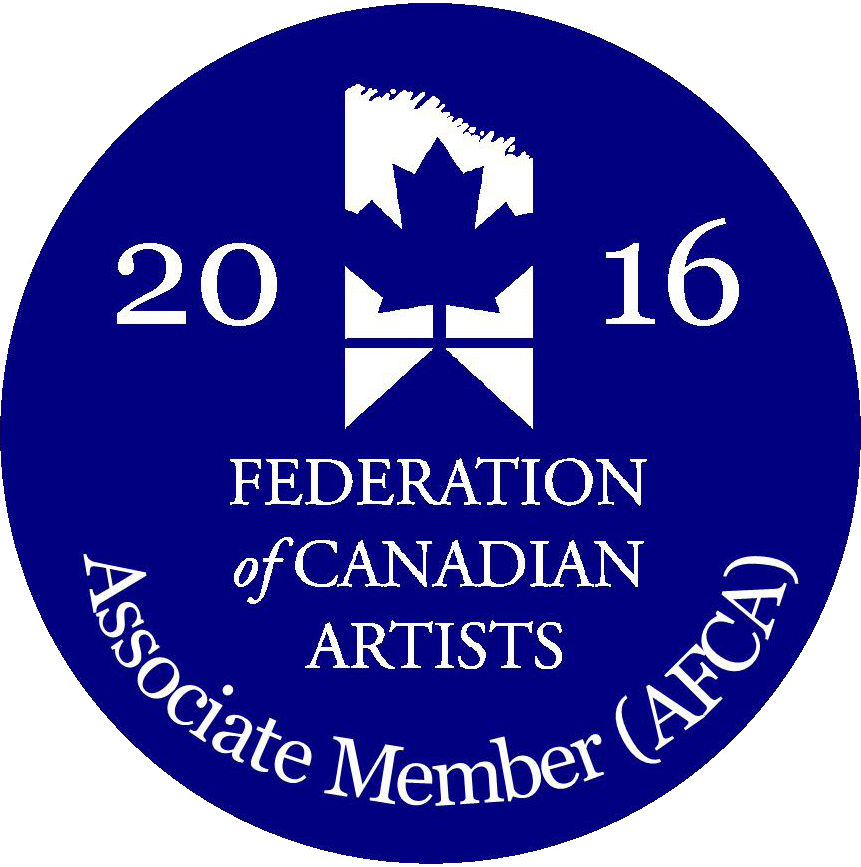 As an Abstract Expressionist, I allow the merging of colours and the unpredictable movement of paint to dominate a loose attachment to form.  My goal is to release control of the outcome...to take the random and give it shape.  As with children, the pure enjoyment of making art flows freely from a place not controlled by the ego. Children paint 'egoless' and I believe that, as adults we must also create from this state.  The painting proceeds spontaneously as colours and textures merge to define the direction that the work is taking.  Even the title is a surprise.  Ultimately, I want my viewers to engage their imaginations in making sense of the work.  I wish 'emotion' to be their first and perhaps, only response.  We don't need to 'understand' spontaneous art...we only need to be aware of our emotions.  We are free to simple enjoy it without judgement.  As we follow the playful shapes in and out of the layers of paint, the subjective experience shifts from the artist to the viewer.

In the past I painted for 'expected results' and for validation.  I had to completely control the painting from start to finish resulting in work that I seldom liked.  My journey in art has been one of gradually and fearfully releasing this need to control.  Most of us start out dutifully drawing and painting the world as accurately as our art teachers expected.  The 'A's were awarded to the 'realists' and reasonably so. As artists, we should have a formal sense of objects as they are perceived realistically.  Unfortunately, the longer I worked in this way, the harder it became to evolve.  Studying other artists can help us to find our direction on the path.  I emulated the 'super realists' until I saw Larry Rivers' work.  Not widely known, Rivers' style is a perfect mix of expert rendering and playful abstraction.  Willem DeKooning inspired me as well as Vincent VanGogh. In addition to these great painters, children's art has affected my direction the most.  Tots create from their emotional centers which challenge the pre-sets of proportion and colour.  History shows us that 'emerging art' challenges the status quo and to do this, it must be created subjectively. Art is supposed to move us more emotionally than technically.

This has become the goal of my abstract expression...to work with that fascinating blend of strategy and surrender to create curious and interesting paintings.  When I am 'stuck' with a part of a painting. I stop and ask myself..."what would a child do?"

My greatest objective still remains...'to consciously let go of the outcome'.  Often it becomes unimaginable like driving blind...but it is the ony way to get a true result.  You know when it happens because you can't remember what happened and you can't always do it again.

1989  Logo Design Selection   BC Festival of the Arts   Chilliwack, BC, Canada

1989  Downtown Mural Commission   BC Festival of the Arts   Chilliwack, BC, Canada

1989  Corporate Mural Commission   BC Festival of the Arts   Chilliwack, BC, Canada

2015  June Artist of the Month   Federation of Canadian Artists Choice

Granville Is., (Vancouver), BC